22/01 – [News] Park Yuchun tonsure, short cut, bob, never been a humiliation to his best visual, not by his hair style but by his face itself

TAKE OUT WITH FULL CREDITS! 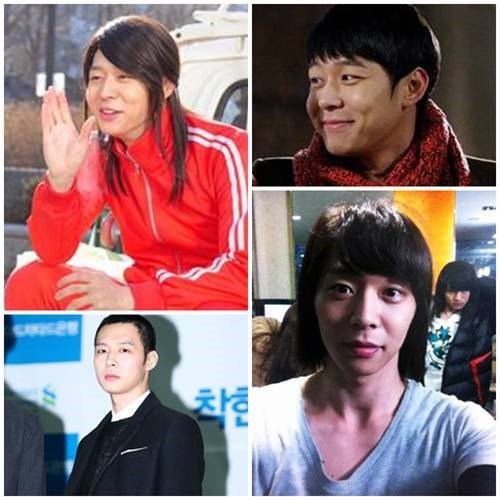 [Entertainment Team] Part Yuchun’s ‘the best visual’ never been shadowed by tonsure has been an issue since yesterday.

The change in hair style can be a ‘light’ to the person who has it or can be a ‘humiliation.’ That is, so called ‘camouflaged by hair,’ hair style can play a great role to make overall facial look different and is recognized to be especially important to stars.

However, Park Yuchun’s tonsure broke such preconception of ‘‘camouflaged by hair,’ and it identified his best visual which could digest any hair style without awkwardness.

Throughout his works, he has tried various hair styles including short cut, bob, long hair as well as tonsure. Nevertheless, he has never experience any ‘humiliation’, but he has emitted his ‘handsome looking aura.’

Therefore, netizens who have witness his new hair style showed such hot reactions as follows, “Park Yuchun tonsure, it’s rather cool,” “Tonsure or long hair, what doesn’t fit him well? He is an actor who doesn’t even need a good hair style,” “Park Yuchun, the best visual indeed.”