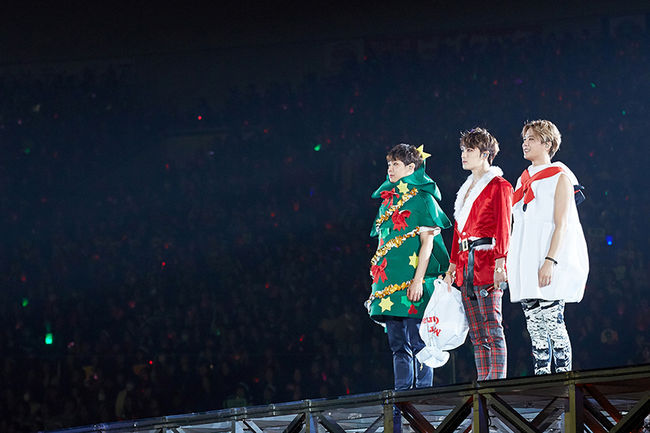 With Hallyu group JYJ gearing up to release its first EP in Japan, several factors are likely to play a crucial role in its success, industry insiders said.

The three-member group is set to release the Japanese EP “Wake Me Tonight” on Jan. 21.

Experts said JYJ has built a huge fan base in Japan through performing numerous concerts there. Late last year, the group attracted
more than 240,000 fans during its two-month Dome Tour in Tokyo, Osaka and Fukuoka.

Moreover, JYJ’s EP marks its first attempt to enter the Japanese music market since it broke away from idol group TVXQ. Although the three-member group released the album “The Beginning” in English in 2010, it did not include Japanese songs, making Japanese fans long for an official album in their country. Some industry sources say that JYJ is expected to perform well on the Oricon chart with its first Japanese release.

Professional support from a renowned agency is also expected to boost JYJ’s popularity in Japan. The boy band recently joined hands with K DASH, one of the largest talent agencies in Japan. Following a legal battle with its former Japanese agency AVEX over promotional events and its contract, JYJ began looking for a new agency.

The group ended its legal battle with AVEX and signed an agreement with K DASH early last year.